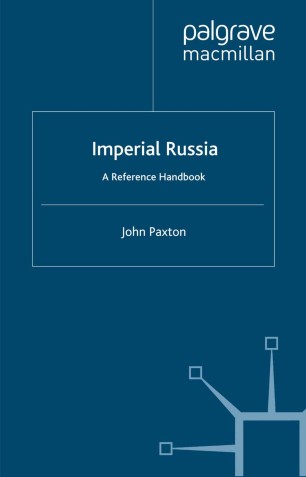 Imperial Russia provides an accessible reference tool for students, researchers, historians and Russian history enthusiasts. It covers the period from Ivan IV to the death of Nicholas II. There are chronologies for each of the reigns and the handbook covers important political and administrative changes, the influence of the West, religion, serfdom, and economic progress. Wars and international relations are succinctly explained as is the rise of radicalism and the revolutions of 1905 and 1917. Other sections deal with education, the arts, law, press and censorship. It is essential reading for anyone interested in Soviet and East European history.