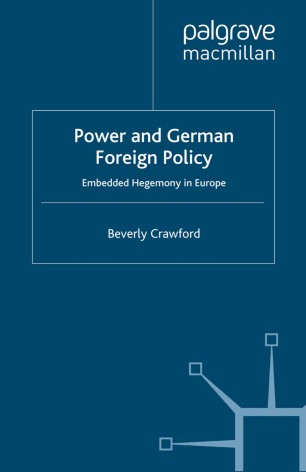 What will German foreign policy look like in 2015? This book speculates by making a provocative argument: what drives German foreign policy is its power position in Europe and on the international stage. Crawford examines Germany's manoeuvres in the Balkans, its role in EMU, and its leadership in curbing Europe's proliferation of WMD technology.