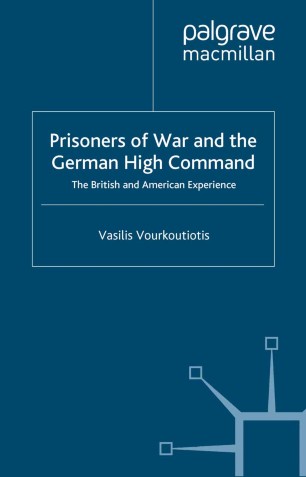 The British and American Experience

Based on archival research in Germany, Great Britain, the USA and Canada, this study provides the first complete examination of the relationship between the Oberkommando der Wehrmacht (German Armed Forces High Command), and Anglo-American prisoners of war. German military policy is compared with reports of almost one thousand visits by Red Cross and Protecting Power inspectors to the camps, allowing the reader to judge how well the policies were actually put into practice, and what their impact was on the lives of the captured soldiers, sailors and airmen.

VASILIS VOURKOUTIOTIS completed his PhD in History at McGill University, Montreal, and has since been lecturing in History and International Relations in Russian Universities. He has contributed to several books and published in academic journals in Canada, the United States, Great Britain, Germany and Russia.