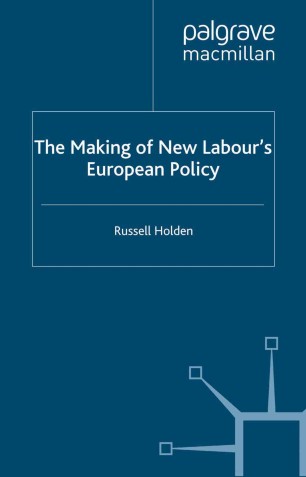 Russell Holden considers the policy reversal on Europe made by the Labour Party between 1983 and 1999. It charts and analyzes how the Party became pro-European, with particular emphasis on how this change was conceived and implemented. In so doing, it concentrates on how the European issue became a political priority and dynamic tool for promoting economic reform and Party unity, two essential requirements in making the Party - New Labour - a credible alternative government in the eyes of the general public.

RUSSELL HOLDEN is Senior Lecturer in European Studies at the Business School, University of Wales Institute, Cardiff. He has written widely on the Labour Party and its European Policy between 1983 and 1999.