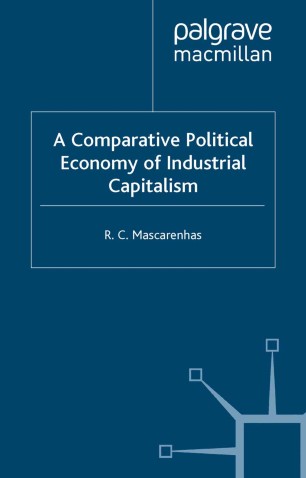 This comparative study of industrial capitalism is an examination of state-economy relations in mixed economies ranging from the interventionist German and Japanese to the less interventionist Anglo-American. Following the postwar consensus that resulted in the 'golden age' (1950-1973) and ended with the energy crisis, the Anglo-American economies adopted neoliberalism while Germany and Japan remained interventionist. This resulted in the emergence of national types of capitalism. While analyzing the increased competition between them, R.C.Mascarenhas also notes the influence of globalization as well as 'alternative capitalism' with the survival and re-emergence of industrial districts.