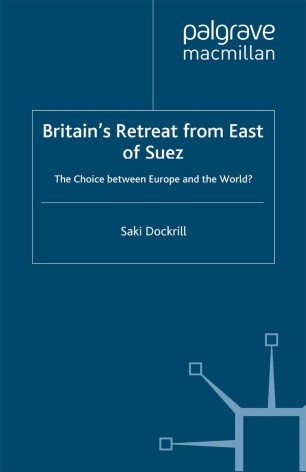 Britain’s Retreat from East of Suez

The Choice between Europe and the World?

This book, based on recently declassified documents in Britain and the USA, is the first detailed account of Britain's East of Suez decision, which was taken by the Harold Wilson Government in 1967-68. Contrary to received opinion, the author argues that the decision was not taken hastily as a result of the November 1967 devaluation. Nor is there any hard evidence to support the notion that there existed a 'Pound-Defence' deal with the USA. Despite Washington's pressure to maintain Britain's East of Suez role, the decision was taken by the Labour Government on the basis of a long-term effort to re-examine Britain's world role since 1959, and it marked the end of an era for postwar Britain.