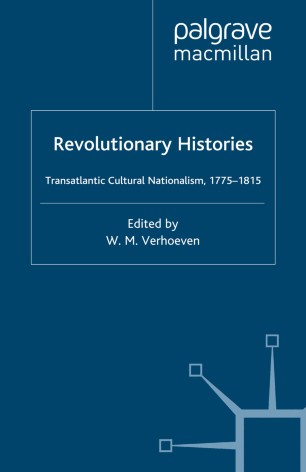 In this collection of interdisciplinary essays, historians and literary critics from both sides of the Atlantic analyse some of the most significant watersheds and faultlines that occurred in the period 1775-1815, a crucial era in the history of Euro-Americans relations. Tracing complex patterns of intellectual and cultural cross-pollination between the Old and the New World, between pre-and post-Revolutionary cultures, the essays aim to increase out awareness of the degree to which the emergence of cultural nationalism in this period was essentially a transatlantic process - a process that was itself part of a larger circumatlantic cultural continuum.