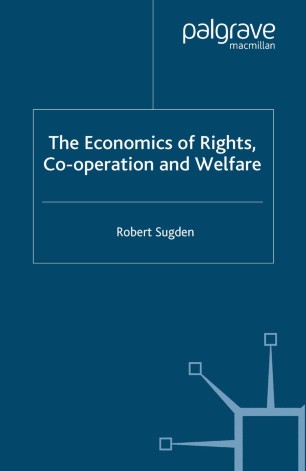 The Economics of Rights, Co-operation and Welfare

This is a new edition - with a substantial new introduction - of a book which has had a significant impact on economics, philosophy and political science. Robert Sugden shows how conventions of property, mutual aid, and voluntary supply of public goods can evolve spontaneously out of the interactions of self-interested individuals, and can become moral norms. Sugden was among the first social scientists to use evolutionary game theory. His approach remains distinctive in emphasizing psychological and cultural notions of salience.