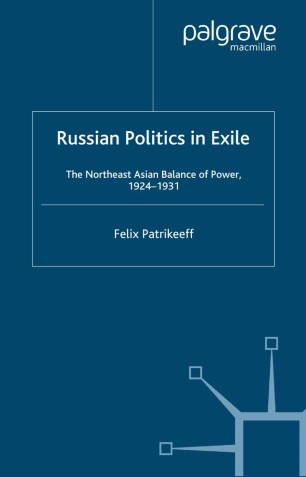 This work explores Russian life in Northern Manchuria during the period of political, economic and social upheaval, leading to its eventual de facto control by Japan, and disruption of the balance of power in the Northeast Asian Region. Presenting a fresh interpretation of the combined impact of the 1929 Sino-Soviet Conflict and the onset of the Great Depression, the book examines the interplay of Soviet and emigré Russian interests in Manchuria, and their role in generating the instability that led to Japanese intervention and Russian decline.