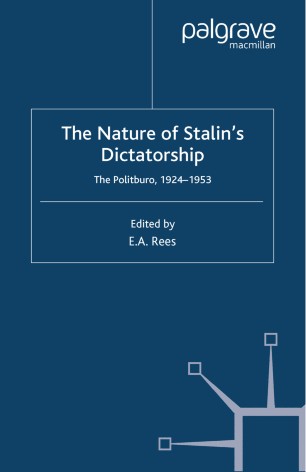 The Nature of Stalin’s Dictatorship

This is the first attempt to systematically study the nature of the political leadership system under Stalin. It focuses both on the formal institutions of power, such as the Politburo, and on the informal networks of decision-making that were a central feature of his system of rule. It draws on a wealth of new archival material to highlight Stalin's relations with his co-leaders and wider elite groups, and offers different perspectives on the nature and degree of Stalin's system of personal power.