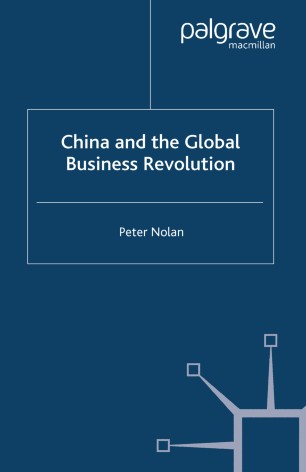 China and the Global Business Revolution

China has used industrial policies to try to build large corporations that can challenge those based in more advanced countries. By the late 1990s the operational mechanism of China's large firms had seen large advances. Simultaneously, a revolution has taken place in global business systems, and China's large firms are even further behind the global leaders than when they began their reforms. The WTO will require China to operate rapidly on the 'global playing field' in competition with the world's leading corporations, and this increased gap presents a deep challenge for China's business and political leaders. Peter Nolan presents here the first in-depth case studies of China's large corporations under economic reform, combined with systematic benchmarking of these firms against the world's leading corporations. The book is an unrivalled resource of information on Chinese businesses, and also leads the reader to consider the impact of China's response to its current challenges not only on China itself, but on the wider global economy.