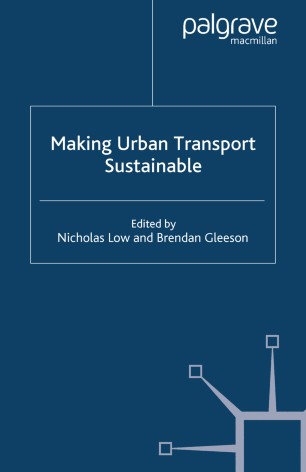 Making Urban Transport Sustainable addresses the future of urban transport as a global issue. Money is being poured into roads, railways and airports at a time when the global atmosphere is threatened and oil production has reached its peak. If the world's environment and societies are to be sustained, urban transport has to change. Contributions by experts from the developed and developing world discuss the severity of the problem and suggest potential solutions.