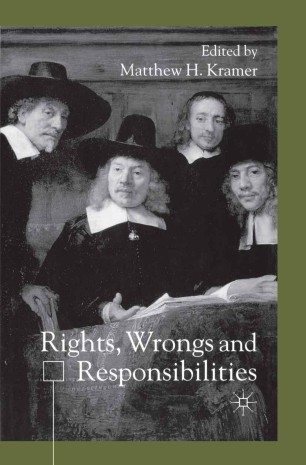 In this wide-ranging investigation of many prominent issues in contemporary legal and political philosophy, eight distinguished philosophers and legal theorists (including Matthew Kramer, Hillel Steiner, Antony Duff, Sandra Marshall, Wilfrid Waluchow, and Nicholas Bamforth) tackle issues such as the rights of animals and foetuses, the relationship between law and politics, the requirements of justice, the demands of practical rationality, the role of public-policy considerations in legal reasoning, the fundamental characteristics of legal and moral entitlements, the appropriateness of compensation as a means of rectifying mishaps and misdeeds, the extent of individuals' responsibility for the consequences of their choices, and the culpability of failed attempts to commit crimes. Together, the eight principal essays in Rights, Wrongs, and Responsibilities shed philosophical light on public law, criminal law, and most areas of private law as they explore the bearings of the three key concepts in the volume's title.