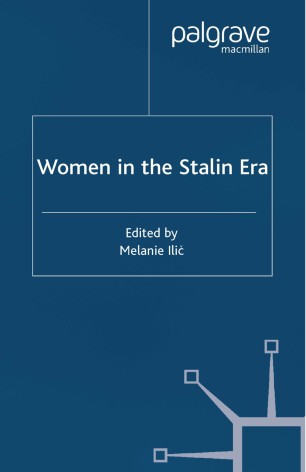 Women in the Stalin Era

This book brings together for the first time a collection of essays by western scholars about women in the Stalin era (1928-53). It explores both the realities of women's lived experience in the 1930s and 1940s, and the various forms in which womanhood and femininity were represented and constructed in these decades. Women in the Stalin Era challenges the scholarly neglect women's history has suffered at the hands, and pens, of Russian and western historians of the Stalin period.