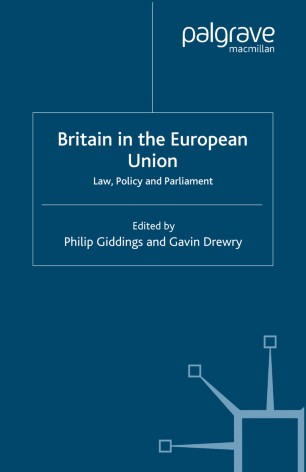 Britain in the European Union

Written by the same team that produced Westminster and Europe [1996], this book reports and analyzes the major developments in the relationship between Britain and the European Union between the ratification of the Maastricht Treaty and the British General Election of 2001. Britain in the European Union focuses particularly on the EU's impact on parliamentary institutions in the UK and on law and policy in such controversial areas as employment and the social chapter, foreign and security policy, enlargement and governance, immigration and asylum and the single currency.