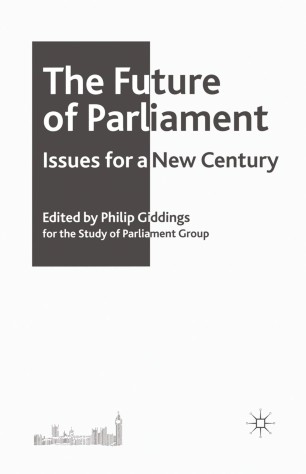 The Future of Parliament

Issues for a new century

How has Parliament changed since 1964 and how must it further evolve to meet the challenges of a new century in the light of devolution, a growing European Union and a post-modern culture? This collection of authoritative and lively essays to mark the fortieth anniversary of the Study of Parliament Group covers topics such as scrutinising the Government, making laws, guarding the citizenry, the new media and adapting to the world beyond Westminster.