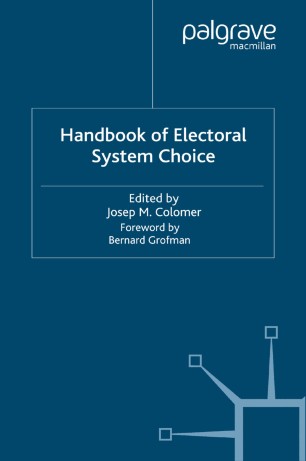 The Handbook of Electoral System Choice

The topic of electoral reform is an extremely timely one. The accelerated expansion of the number of new democracies in the world generates increasing demand for advice on the choice of electoral rules; at the same time, a new reformism in well established democracies seeks new formulae favouring both more representative institutions and more accountable rulers. The Handbook of Electoral System Choice addresses the theoretical and comparative issues of electoral reform in relation to democratization, political strategies in established democracies and the relative performance of different electoral systems. Case studies on virtually every major democracy or democratizing country in the world are included.