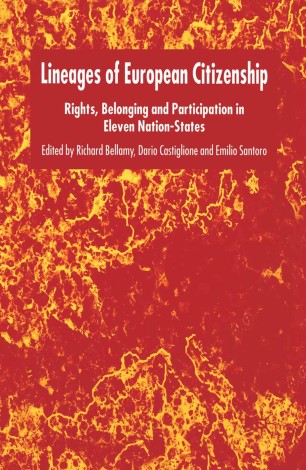 Lineages of European Citizenship provides an historical analysis of the development of citizenship from the nineteenth to the Twentieth-century in Europe and the USA. The contributors focus on the role played by internal struggles for social and political inclusion in shaping the character of both the state and citizenship, and the deployment of two main political languages, loosely associated with liberalism and republicanism, in legitimizing citizens' claims.