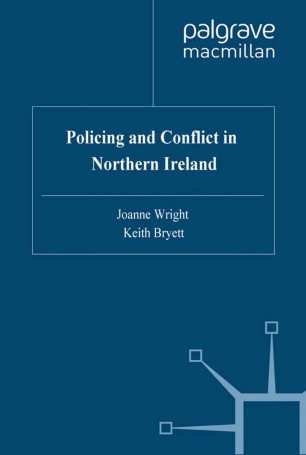 Policing and Conflict in Northern Ireland

In societies suffering from acute political and social cleavage, policing agencies are invariably at the heart of the conflict resolution processes. In Northern Ireland, there have been calls for the RUC to be disbanded as well as for it to be retained unchanged. After considering various options and models especially from Spain, South Africa and the Netherlands this book charts a path for reform that takes account of Northern Ireland's political realities and will help build trust and inclusions.

JOANNE WRIGHT is the Director of European Studies at Royal Holloway, London University. Her research interests are in issues of state and sub-state security on which she has published widely.

KEITH BRYETT is Consultant at Walden University, Minneapolis and a former police office who has been involved in curriculum design and the development of police and criminal justice related studies at Griffith University in Australia and at the Queens University of Belfast. His special interests include comparative police studies and the relationship between police, government and society.