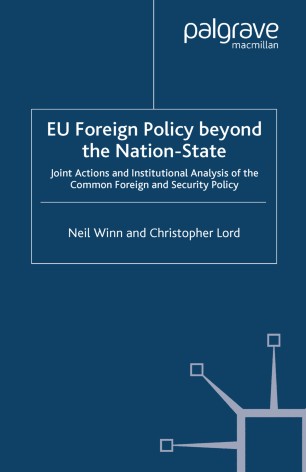 EU Foreign Policy Beyond the Nation-State analyses how the 'three pillar' structure of the European Union influences decisions in the Common Foreign and Security Policy (CFSP). The authors criticise traditional models of foreign policy analysis and go beyond existing state-centric approaches. They employ three case studies - Bosnia, Chechnya and former Yugoslavia/MOSTAR - to test the quality and the type of decisions taken in foreign policy beyond the nation-state.

NEIL WINN is Lecturer in European Studies at the University of Leeds. He is author of European Crisis Management in the 1980s.

CHRISTOPHER LORD is Professor of European Politics at the University of Leeds. He is author of British Entry to the EC, Absent at the Creation, The Political Economy of Monetary Union, Democracy in the EU and Legitimacy in the EU.