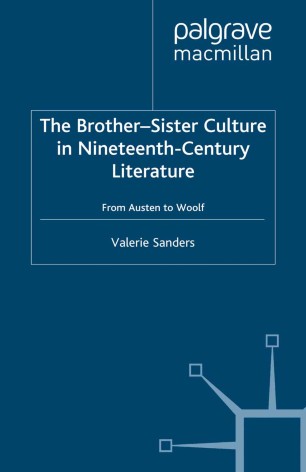 The Brother-Sister Culture in Nineteenth-Century Literature

From Austen to Woolf

This book argues that brother-sister relationships, idealized by the Romantics, intensified in nineteenth-century English domestic culture, and is a neglected key to understanding Victorian gender relations. Attracted by the apparent purity of the sibling bond, novelists and poets also acknowledged its innate ambivalence and instability, through conflicting patterns of sublimated devotion, revenge fantasy, and corrosive obsession. The final chapter shows how the brother-sister bond was permanently changed by the experience of the First World War.