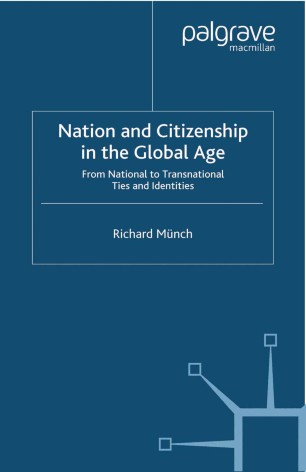 Nation and Citizenship in the Global Age

From National to Transnational Ties and Identities

This book is about the formation of nationhood and citizenship and their transformation in the global age. The different collective identities which evolved, affected particularly by immigration, in Britain, France, the United States and Germany are outlined in a historical, genetic and comparative perspective with special emphasis on the case of Germany. It looks at the question of transnational civil ties and the identities which emerge during the process of European integration and how they relate to national and sub-national identities.

Richard Münch is Emeritus Professor of Sociology at the University of Bamberg, Germany.