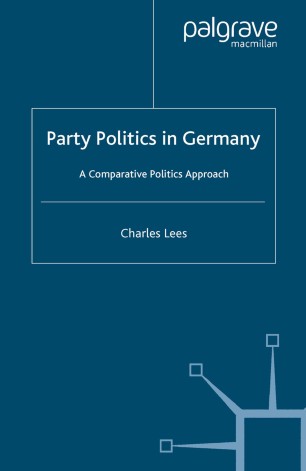 Party Politics in Germany is the only English-language study of its kind and examines the phenomenon of party politics in the Federal Republic through comparison across time and space. It draws upon new data from the 2002 Federal elections and recent Land elections, as well as on a far more explicitly comparative literature than is generally found in single-country studies. The book not only sheds new light on political phenomena in Germany but also allows students of the comparative method to apply some of the key concepts, models and approaches with which they are familiar to the rich context of a single country study.