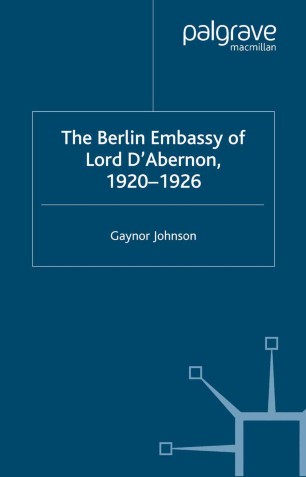 Part of the Studies in Diplomacy book series

Lord D'Abernon was the first British ambassador to Berlin after the First World War. This study, which challenges his positive historical reputation, assesses all the key aspects of Anglo-German relations in the early 1920s. Particular attention is paid to the reparations question and to issues of international security. Other topics include D'Abernon's relationship with the principal British and German politicians of the period and his attitude towards American involvement in European diplomacy.