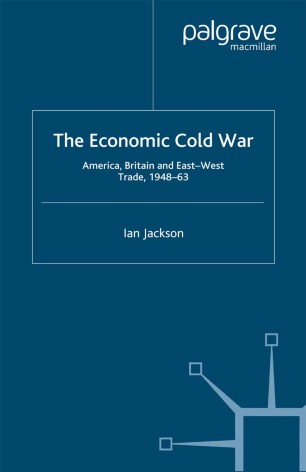 This book provides a new interpretation of the economic dimension of the Cold War. It examines Anglo-American trade diplomacy towards the Soviet Union and Eastern Europe from the late 1940s to the early 1960s. The book, which is based on research in American and British archives, presents new evidence to suggest that Anglo-American relations in East-West trade were characterised by friction and conflict as the two countries clashed over divergent commercial and strategic perceptions of the Soviet Union.