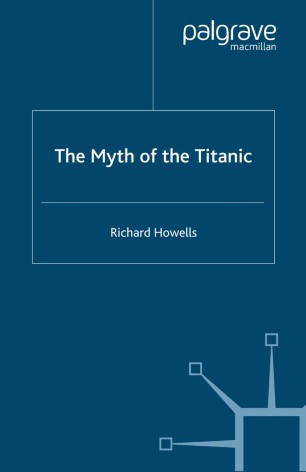 The Myth of the Titanic

The first critical analysis of the Titanic as modern myth, this book focuses on the second of the two Titanics . The first was the physical Titanic , the rusting remains of which can still be found twelve thousand feet below the north Atlantic. The second is the mythical Titanic which emerged just as its tangible predecessor slipped from view on 15 April 1912. It is the second of the two Titanics which remains the more interesting and which continues to carry cultural resonances today. The Myth of the Titanic begins with the launching of the 'unsinkable ship' and ends with the outbreak of the 'war to end all wars'. It provides an insight into the particular culture of late-Edwardian Britain and beyond this draws far greater conclusions about the complex relationship between myth, history, popular culture and society as a whole.

RICHARD HOWELLS is an experienced print and broadcast journalist and has worked as a radio producer for the BBC. Although he has written articles and contributed to radio and television documentaries about the Titanic this is his first book on the subject.
He took a first degree at Harvard, returning to his native England to take his PhD at Emmanuel College, Cambridge. He is currently Lecturer at the Institute of Communications Studies, University of Leeds.