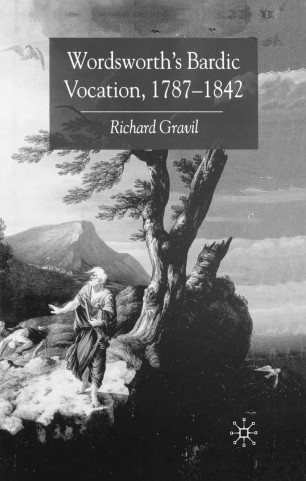 From 1787 to 1842, Wordsworth was preoccupied with the themes of loss and death, and with 'natural piety' in the lives of people and nations. Beginning with his consciousness of the Bards and Druids of Cumbria, this book treats Wordsworth's oeuvre , including the 'Gothic' juvenilia, The Ruined Cottage , Lyrical Ballads , Poems in Two Volumes , The Excursion , and the Poems of 1842, as unified by a Bardic vocation, to bind 'the living and the dead' and to nurture 'the kind'.

RICHARD GRAVIL was Reader in English Literature at the University of Lódz, Poland, and the College of St Mark and St John, Plymouth, and has taught at the Universities of Victoria, BC, and Otago, New Zealand. He is the author of Romantic Dialogues: Anglo-American Continuities, 1776-1862 and Managing Editor of Symbiosis: A Journal of Anglo-American Literary Relations. He has also edited five collections on Coleridge, Swift, Wordsworth, and the English Novel.