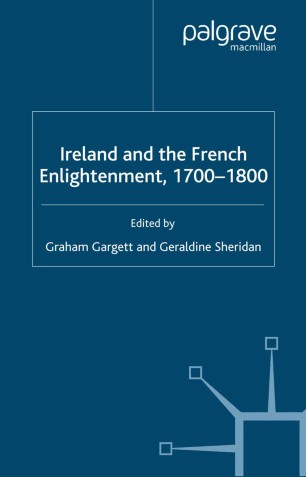 By what channels did the French Enlightenment reach the eighteenth-century Irish reader, and what impact did it have? What were the images of Ireland current in the France of the philosophers like Voltaire? These are the questions which a team of scholars attempt to answer in this volume.

GRAHAM GARGETT is Senior Lecturer in French, University of Ulster. His publications include: Voltaire and Protestantism, Jacob Vernet, Geneva and the 'philosophes'.

GERALDINE SHERIDAN is Associate Professor of French, Department of Languages and Cultural Studies, University of Limerick. She has published a monograph on Nicolas Lenglet Dufresnoy and the Literay Underworld of the Ancien Régime; an edition (with Jean Sgard) Voyage du Prince Fan-Férédin dans la Romancie; and numerous journal articles in related areas.