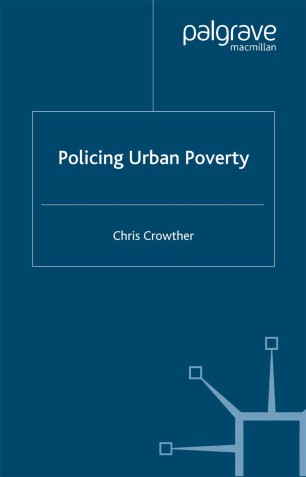 Policing Urban Poverty demonstrates that, since the nineteenth century, a core task of the police has been crime control and order maintenance, especially in poor communities. This illuminating book focuses on the policy implications of discourses on poverty and crime in America and Britain. It draws on sociological theory and extensive empirical evidence, which show that in recent history senior police policy-makers have been involved in a struggle with their political masters in determining the most judicious means to tackle urban poverty and crime.

CHRIS CROWTHER is Lecturer in Criminology in the Department of Human Sciences at Buckinghamshire Chilterns University College, where he has worked since 1997. He formerly taught criminal justice studies at the Scarman Centre for the Study of Public Order, University of Leicester. In addition to a continuing interest in policing, he is currently researching crime, social divisions and community development in southern England.