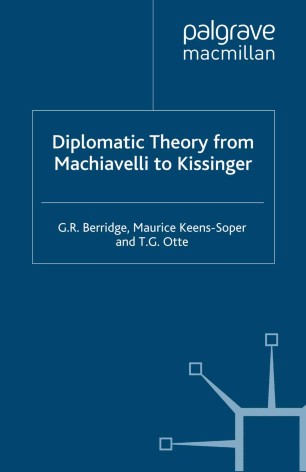 Diplomatic Theory from Machiavelli to Kissinger

Part of the Studies in Diplomacy book series (STD)

This book offers an introductory guide for students to four centuries of diplomatic thought. Since diplomacy as we know it was created during the Renaissance in Italy, a number of major figures have reflected on the place of diplomacy in foreign affairs and the problems associated with its pursuit. These include statesmen, international lawyers and historians, most of whom had experience as diplomats of the first or second rank. This book examines the thought of some of the most important of them, from Niccolò Machiavelli in the early sixteenth century to Henry Kissinger in the late twentieth century.