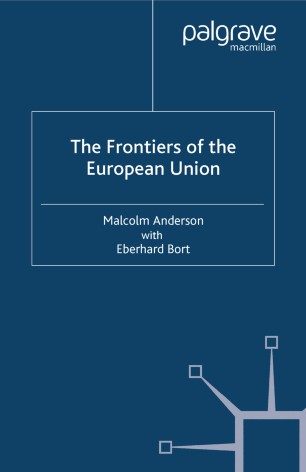 The Frontiers of the European Union

Based on original research this book is a unique attempt at a general assessment of EU frontiers. Internal frontiers are losing some of their key functions but there are many responses to the new situation, as a case study of French frontiers abundantly illustrates. An examination of the EU external frontier shows that the EU is acquiring some state-like features, but the eastern frontier provides abundant evidence of the external frontier's complexity. The authors conclude that the increasing openness of national frontiers will continue, but their effective abolition, whether by European integration or through 'globalization', is improbable.

MALCOLM ANDERSON is Professor Emeritus, University of Edinburgh. He is the co-editor of The Frontiers of Europe (with E.Bort, 1998), The Irish Border: History, Politics and Culture (with E.Bort, 1998), Policing the European Union (1995), and author of Frontiers, Territory and State Formation in the Contemporary World (1995).

EBERHARD BORT is Associate Director of the International Social Sciences Institute at the University of Edinburgh. He is the co-editor with Malcolm Anderson of The Frontiers of Europe (1998), The Irish Border: History, Politics and Culture (1998), and Boundaries and Identities: The Eastern Frontier of the European Union (1996).