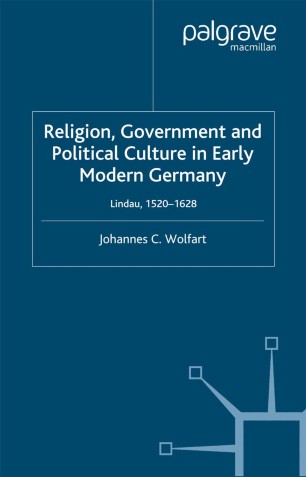 The story of conflict in an island community offers a valuable case study for the analysis of early modern German political culture. Investigations range from interpersonal relations to dynamics of civic church and imperial government. Chronicled throughout are the interactions of two opposing principles in modern society 'secular' vs 'spiritual' and 'public' vs 'private'. These are found to operate both discursively and institutionally, and are deployed to help establish 'sovereign authority' ( Obrigkeit ), as well as to articulate resistance in the form of 'bourgeois republican ideology'.

JOHANNES C. WOLFART is Assistant Professor in the Department of Religion at the University of Manitoba, Winnipeg, Canada.