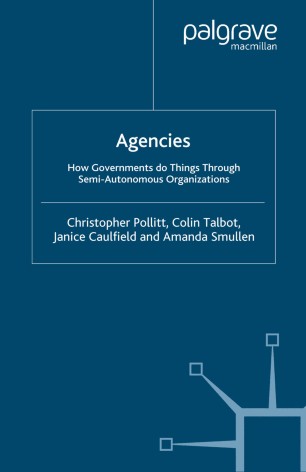 How Governments Do Things Through Semi-Autonomous Organizations

Many countries now use agencies rather than ministries to deliver central government services. There have been many claims about the benefits of organizing and delivering government in this way, but there has been little research into how they work in practice. Agencies both reviews existing theories and models of 'agentification' and adds detailed analysis of major new empirical evidence. Based partly on a major international research project and partly on a reinterpretation of the existing literature, this book gets inside the world of agencies and ministries. An in-depth analysis of agencies in four EU countries serves as a basis for testing alternative theoretical models and developing a new approach to the complexities of contemporary government.