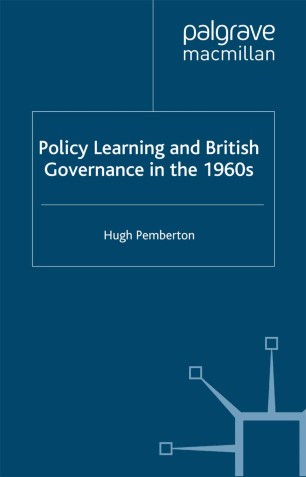 Why did Britain's economic policy revolution in the 1960s achieve so little? Drawing on the latest political science theories of policy networks and policy learning, Hugh Pemberton outlines a new model of economic policy making and then uses it to interrogate recently-released government documents. In explaining both the radical shift in policy and its failure to achieve its full potential, this book has much to say about the problems of British governance throughout the whole of the postwar period.