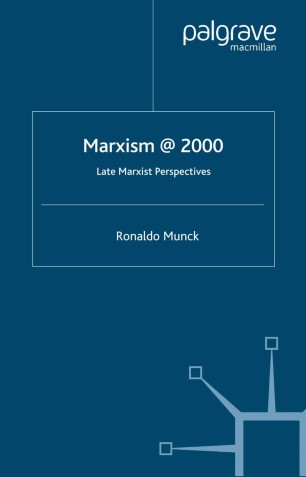 Marx is out of fashion in intellectual circles on the whole but he is increasingly seen as an astute and relevant guide to the spread of a new raw capitalism world wide. This book is a timely and lively reappraisal of Marx and the socialist experience in the light of subsequent political and intellectual developments.

RONALDO MUNCK lectures in sociology at the University of Liverpool, having previously held appointments at the University of Ulster and the University of Durban-Westville in South Africa. He has written widely in the areas of political sociology, labour studies and the sociology of development. His books include Politics and Dependency in the Third World, The Difficult Dialogue: Marxism and Nationalism, and The New International Labour Studies. He has also co-edited Labour World Wide in the Era of Globalisation, Postmodern Insurgencies, and Critical Development Theory: Contributions to a New Paradigm. He is currently working on politics, culture and postmodernism in Latin America