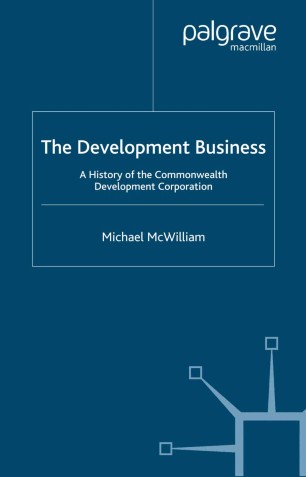 A History of the Commonwealth Development Corporation

The Commonwealth development Corporation (CDC) was launched with all-party support as one of the initiatives to build a better post-war world. After a troubled start it earned its role as Britain's development agency. The chairmanship of Lord Reith in the 1950s left a legacy of robust independence within the public sector framework. Few public sector businesses escaped privatisation by the Conservative Governments of the 1980s and 1990s, yet CDC was exempted. The first privatisation announcement of the New Labour Government in 1997 was in respect of CDC and enabling legislation has since been passed to provide for a long-term public-private partnership. The compatibility of a continuing development role with meeting the requirements of investors is still controversial as CDC adapts its operations to those of a private equity fund for emerging economies. Sir Michael McWilliam has written a study of institutional transformation that reflects changing perceptions of the role of development agencies. His membership of the CDC Board and access to its records give authority to this appraisal and to the discussion of the proposed privatisation.