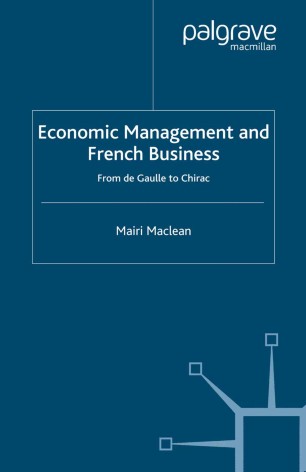 From de Gaulle to Chirac

How is it that the modest pace of change which typified the French economy a century ago gave way after 1945 to a new, revived capitalism and a superior economic performance? Maclean traces the development of French economic and business life in the context of the European and international economy over the past fifty years. She examines the main economic trends and events: from nationalization to privatization; from war with Germany to reconciliation and ever-greater union; from the franc to the euro; and from national champions to mega-mergers with foreign companies. Maclean argues that the new French capitalism of the twenty-first century is the product of an ideological struggle in which the forces of modernization triumphed over the old guard of French nationalism.