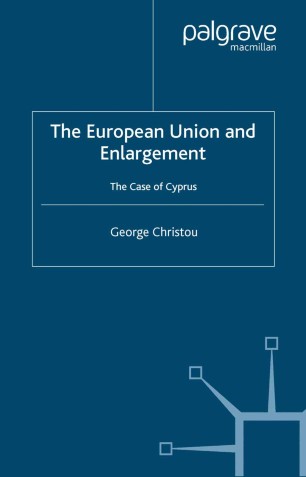 The European Union and Enlargement

The Case of Cyprus

The European Union and Enlargement is about the EU's 'power of attraction' - an exploration of the potential for EU impact on conflicts within Europe - and the implications for the EU to influence the 'order' beyond its borders. It provides both a theoretical and historical context in order to understand the EU's impact and combines this with empirical analysis of the perceptions of the Greek Cypriots, Turkish Cypriots and Turkey on the accession process and its effect on the Cyprus issue. It demonstrates the limits and the potential of the EU as a global actor through its power of attraction.

GEORGE CHRISTOU is a Research Associate in the Department of Information and Communications at Manchester Metropolitan University. He is currently working on an ESRC funded project investigating the European regulation of internet commerce. He was previously a Lecturer in European Politics at the University of Manchester and has published work in the fields of European foreign policy, enlargement and foreign economic policy.