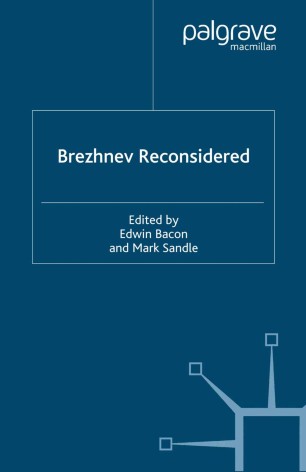 Leonid Brezhnev was leader of the Soviet Union for almost two decades when it was at the height of its powers. This book is a long overdue reappraisal of Brezhnev the man and the system over which he ruled. By incorporating much of the new material available in Russian, it challenges the received wisdom about the Brezhnev years, and provides a fascinating insight into the life and times of one of the twentieth century's most neglected political leaders.