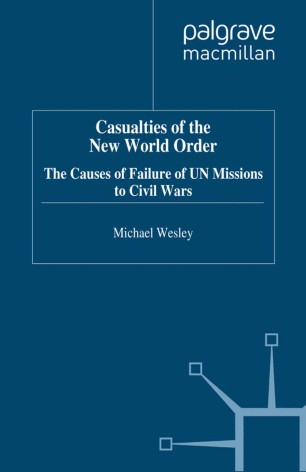 Casualties of the New World Order

The Causes of Failure of UN Missions to Civil Wars

Casualties of the New World Order contends that the high rate of failure among post-Cold War UN missions are attributable to common weaknesses which are vulnerable to civil war dynamics. These mission weaknesses derive from the high level of control over the missions' mandates and operations wielded by combinations of self-interested and distracted UN member-states. The effects of these weaknesses are examined in the failed missions in Bosnia, Somalia, and Angola, while their absence is observed in the successful missions to El Salvador, Mozambique, and Cambodia.