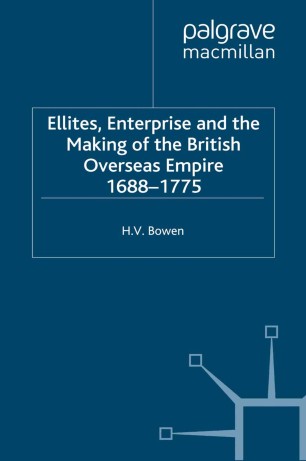 Elites, Enterprise and the Making of the British Overseas Empire, 1688–1775

This book examines the cultural, economic, and social forces that shaped the development of the British empire in the eighteenth century. The empire is placed in a broad historiographical context informed by important recent work on the 'fiscal-military state', and 'gentlemanly capitalism'. This allows the empire to be seen not as a series of discrete, unconnected geographical regions scattered across the world, but as a commercial, cultural, and social body with its roots very firmly planted in metropolitan society.