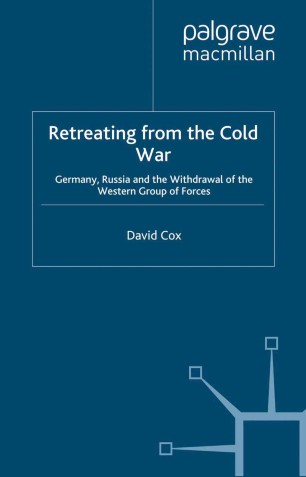 Retreating from the Cold War

Germany, Russia and the Withdrawal of the Western Group of Forces

Retreating from the Cold War looks at the Soviet, and later Russian, military withdrawal from what was East Germany. It focuses on the central role of these Soviet troops in the historic events that marked the end of the Cold War, including the East German revolution in 1989, German unification in 1990, and the final withdrawal of the troops themselves in 1994, events that were put in motion by Mikhail Gorbachev's reform effort in the USSR.