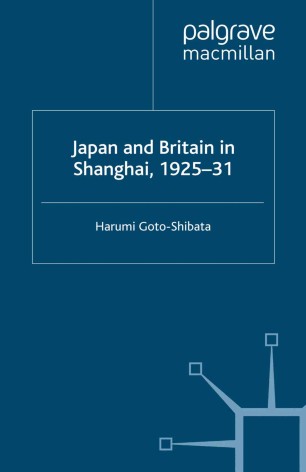 In Shanghai in 1925 the shooting by a British policeman of Chinese demonstrators developed into a full-scale anti-British movement, while in 1932 Japan bombarded the Chinese areas of Shanghai. The book examines how the relations between China, Britain and Japan in Shanghai changed over time during the period. It investigates the economic aspect of history and businessmen's perceptions as well as the diplomatic and military aspects, because economic expansion was one of the most important objectives of Japan in the 1920s.