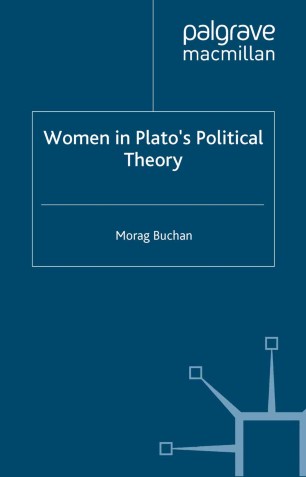 Women in Plato's Political Theory argues that Plato's philosophy is a gendered philosophy; it contains within its basic tenets notions associated with masculinity. Consequently, the book explores the reasons why, in The Republic Plato includes women in the ruling class of his proposed ideal State on apparently equal terms with men and appears to offer them the opportunity to become Philosopher Kings, the ultimate rulers.

MORAG BUCHAN is Senior Lecturer in Political Theory at South Bank University. She started working life as a journalist, first on local Scottish newspapers and finally on the staff of a Scottish national daily newspaper based in Edinburgh. She moved to London in 1973, shortly after the birth of her son, and her degrees were taken as a mature student at Queen Mary and Westfield College, University of London. She joined the staff of South Bank University in 1991.