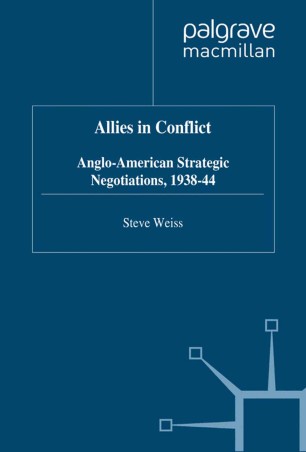 The following study is primarily concerned with the unifying and destructive forces that affected the Anglo-American relationship between 1938 and 1944, as those involved searched for a strategic solution to the war in Europe. President Franklin D. Roosevelt and Prime Minister Winston Churchill's methods of leadership are compared and their personal relationship investigated. Anglo-American tensions are disclosed and assessed with regard to clandestine warfare, special operations and rearming the French and operation ANVIL, the invasion of southern France, is examined for its role in the Anglo-American strategic conflict.