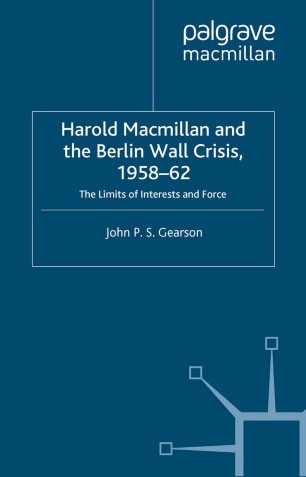 The Limits of Interests and Force

Drawing on newly released government papers, John Gearson assesses the development of Harold Macmillan's foreign policy during the Berlin Wall Crisis. Tracing the bitter alliance disputes of the crisis, Dr Gearson shows how Macmillan's attempts to chart an independent course, crucially undermined his standing with his European partners and revealed his confused approach to European security. Berlin is placed at the centre of consideration of British foreign policy, making this book an important contribution to the historiography of the period.