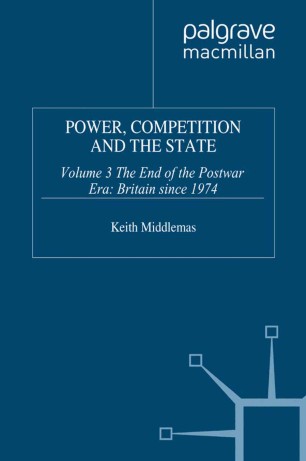 Power, Competition and the State

Volume 3 The End of the Postwar Era: Britain since 1974

'The best contemporary map available [of the British state].' Peter Hennessy The final volume of Keith Middlemas's acclaimed trilogy shows how, after a climactic crisis in the mid-1970s, the balance changed between government, interest groups, political parties, and public, whose competition had characterised the postwar years, and how emergence of new alignments among them altered the British state itself. Documented from over three hundred interviews with participants, as well as archives, it provides an object lesson in contemporary history.