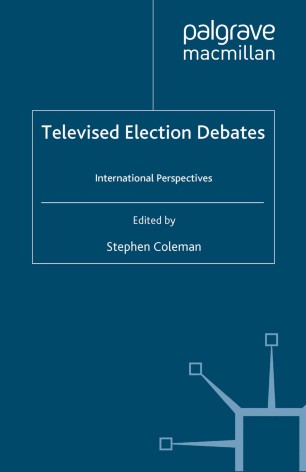 This book examines the present and future of televised election debates, from the Nixon-Kennedy presidential debate of 1960 to the age of digital interactive multimedia. A number of contributors, from various perspectives - debate producers, participants and pundits - and from a variety of countries - Australia, New Zealand, Canada, USA, UK, Israel - discuss the significance of TV debates in what is the first international study of this important political phenomenon.