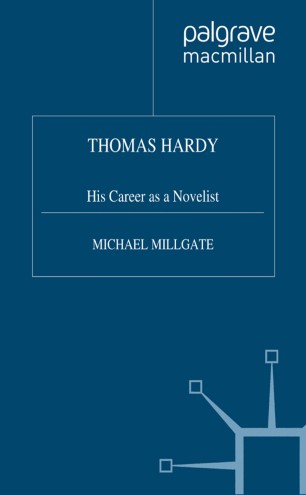 His Career as a Novelist

'...a beautiful wrought study that belongs in every good library'. Publishers' Weekly '...remains a major contribution to Hardy studies' - Charles Osborne, Sunday Telegraph Originally published in 1971 and now for the first time reprinted, Thomas Hardy: His Career as a Novelist has long been recognized as a major - and exceptionally well-written - work of Hardy criticism that also set new standards for Hardy scholarship. A recent survey refers to it as 'one of the most permanently useful' of Hardy studies, characterized by an 'admirably clear, unpretentious style'. Although the central chapters are predominantly critical, offering independent readings of each of the novels (including those customarily considered 'minor'), those readings are developed within the context of available knowledge of Hardy's personal and intellectual backgrounds, his friendships and family relationships, and his evolution as a professional writer. Extensive use is made of Hardy's own manuscripts, notebooks, nd letters and of the correspondence and reminiscences of those who knew him, and in a new preface Michael Millgate speaks of having sought to resolve 'the standard work/life dichotomy' by pursuing 'the unitary conception of a career'.