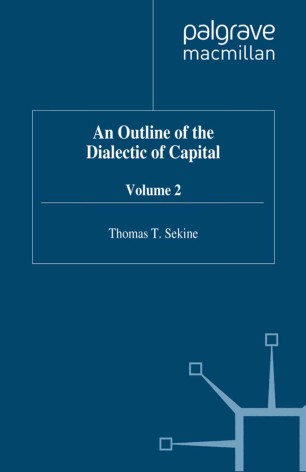 An Outline of the Dialectic of Capital

'A work of fundamental importance. The most extensive and sophisticated reconstruction of Marx's Capital ever written takes the work of the Unoist school to new heights' - Robert Albritton, Associate Professor of Political Science, York University, Toronto Following the method advanced by Kozo Uno, this book provides an updated version of Marx's economic theory, in its full scope, as described in the three volumes of Das Kapital. It constitutes a dialectical system, consisting of the doctrines of circulation, production and distribution. The whole system defines the 'idea' (or the inner 'programme') of capitalism. More than a hundred years after Marx's death, his economic work is revived here with the analytical rigour expected of modern scientific theory, yet with no concession in substance to bourgeois economics.